Hildur Guðnadóttir is an Icelandic musician and composer. She is best known for scoring films such as The Revenant, Joker and Arrival, as well as acclaimed television series Chernobyl, Trapped, and The Handmaid’s Tale.

With an Emmy, Golden Globe, Grammy and now an Oscar under her belt, Hildur has quickly proven herself as one of Iceland’s most talented exports when it comes to composing for Hollywood cinema.

Icelandic musicians are no strangers to scoring Hollywood’s most acclaimed films. The late Jóhann Jóhannsson’s soundtracks for Arrival (2016), Sicario (2015) and The Theory of Everything (2014) are among the most well known examples.

The 2020 Golden Globes has seen Hildur Guðnadóttir ready to carry the torch thanks to her win for the impressive musical accompaniment to Joker.

Now living in Berlin, Hildur was born in the charming town of Hafnarfjörður on September 4th 1982—not a location one might expect to birth one of the American film industry’s latest assets.

With that being said, Hildur’s musical training began early. Her father was a composer, clarinet player and teacher in his own right, and her mother a classically trained opera singer. Her brother—with whom she often collaborates closely—is also a member of beloved Icelandic rock band, Agent Fresco.

Following schooling, she began studying the cello at the Reykjavik Music Academy, before graduating onto both the Iceland Academy of the Arts and the Berlin University of the Arts.

Her first steps into music as a profession began in collaboration with others. Alongside her friends, Gunni and Örvar, their band Andhéri would later evolve into the successful outfit, Múm, a group who celebrates genre-bending experimentation by pairing soft vocals and glitch beats with both traditional and unorthodox instrumentation.

Recorded in New York City, her first solo album, ‘Mount A’, was under the artist name, Lost In Hildurness, and was a deliberate attempt on her part to avoid collaboration as much as possible.

This, no doubt, served as an important lesson given her later work, which has become influential thanks to its unconventional approach to composition and production. Her second solo album, ‘Without Sinking’, was released in 2009 by the UK-based record label, Touch.

Following this, Hildur Guðnadóttir continued to expand her horizons, collaborating with such international acts as Sunn O))), Wildbirds and Peacedrums, Pan Sonic and The Knife, as well as arranging choir performances for Throbbing Gristle, later performed in places such as London and Austria. Later, she scored the little-known Sumardagur (“Summer Day”), a play put on by the Icelandic National Theatre.

One of her first steps into scoring cinema came with Kapringen (2012), a Danish thriller written and directed by Tobias Lindholm that tells the harrowing story of a ship-hijacking. This was swiftly followed by scores for the Brazilian film, Astro: An Urban Fable in a Magical Rio de Janeiro (2012), directed by Paula Trabulsi, and Turkish-German production, Jîn (2013), directed by Reha Erdem.

Hollywood soon took notice. Her big break arrived in 2015 when she contributed a solo cello performance to the Leonardo DiCaprio vehicle, The Revenant. The film was directed by Alejandro G. Iñárritu.

This was only built on by her collaborations with the renowned and late Icelandic musician Jóhann Jóhannsson. She became great friends with the musician in the 1990s. She later built on his work for Sicario with the sequel, Sicario: Day of the Soldado (2018), a film dedicated to his memory. Of Jóhann, Hildur said to The Hollywood Reporter—

“We had found our language. It is hard to explain with words, because we met in a completely non-verbal place, our souls got tangled together, and stayed tangled together to this very day. […] We grew together. We shared the darkest of times and the brightest of times. We pushed each other forward.”

In 2019, Hildur won a Primetime Emmy for Best Score Soundtrack for Visual Media as part of HBO’s Chernobyl. The realist and gritty series delved into the nuclear disaster that took place in the Ukraine in 1986. On the 26th January 2020, she took home a Grammy for the same piece.

The 2020 Golden Globes saw her win Best Original Score for the successful, yet controversial motion picture, Joker. The film stars Joaquin Phoenix and was directed by Todd Phillips.

Hildur became the first woman to win a Golden Globe in this category solo. The only other to share this honour is Lisa Gerrard, receiving the award alongside Hans Zimmer for Gladiator in 2000.

The music in the film Joker also landed Hildur an Academy Award for Best Score in 2020. She beat out some hard competition in the category. This included veterans Randy Newman (Marriage Story) and Alexandre Desplat (Little Women) who both have two wins under their belt. She also overcame the favourite, Thomas Newman (1917), who some believe is overdue with 14 nominations.

Hildur is one of only seven women to have been nominated in the category for Best Score throughout the history of the Oscars, and is the first woman to have won since 1997. She used her four minute speech to praise her fellow nominees, as well as the creative dialog she shared with Joker director, Todd Phillips. She also urged woman with aspirations to make music to ‘speak up—we need to hear your voices.’

If you are looking to see Hildur live this year, check out the CTM Festival in Berlin on the 29th & 30th January. Alternatively, you can see her at the Rewire Festival at the Hague, Netherlands on the 3rd of April 2020. 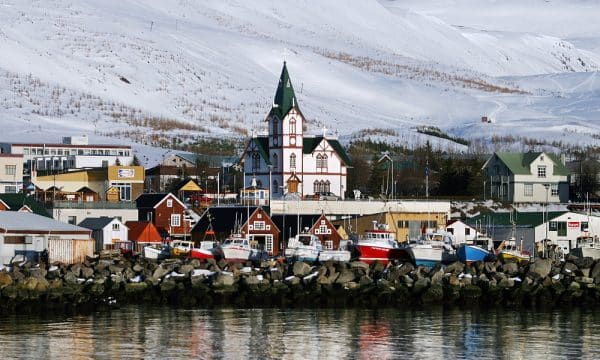 What to See & Do in Húsavík 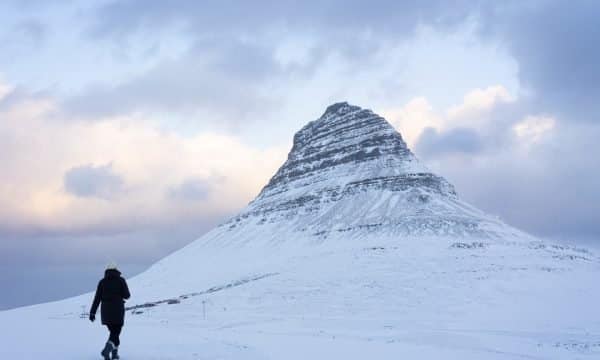 A Complete Guide to Visiting Iceland in Winter 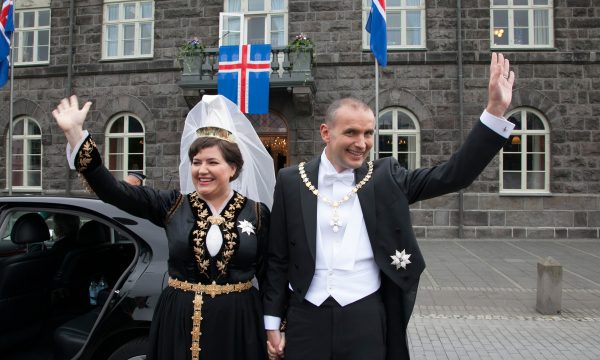